Cancer survivors are proving great motivation for Franny and one particularly emotional encounter was with Clive Barley.

The 68-year-old from Lytham St Annes, who was diagnosed with bowel cancer in 2003, 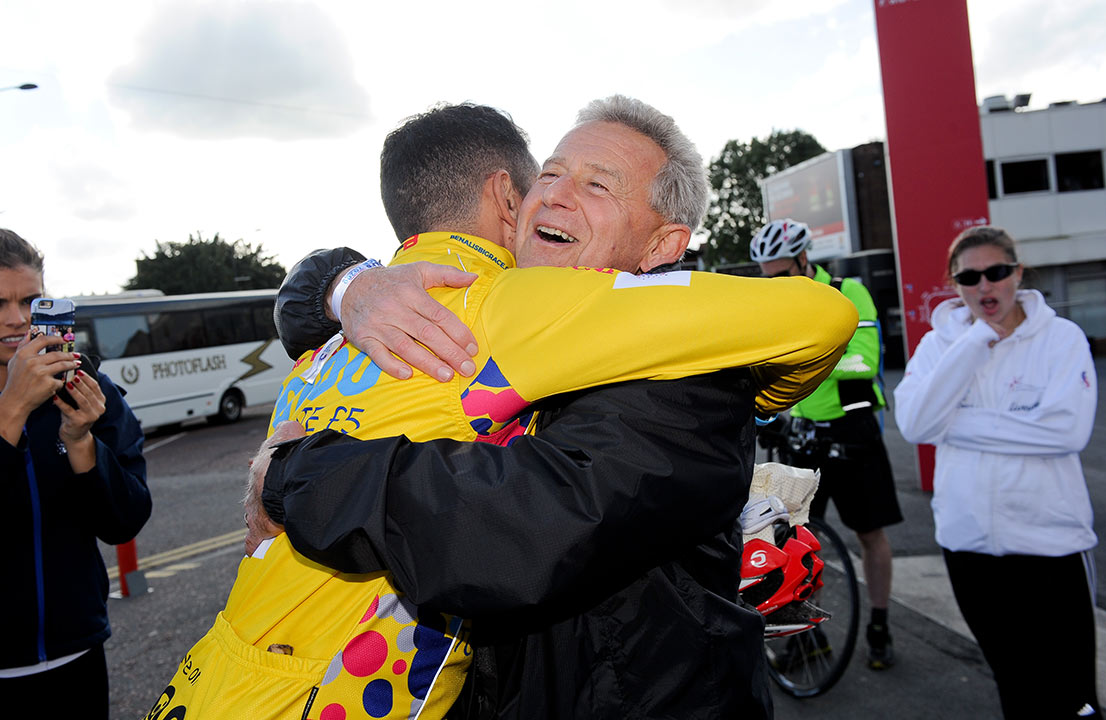 greeted Franny at Manchester United with a massive hug and his own words of encouragement.

“It was fantastic to see him and get a hug from such a great guy,’ said Clive who was treated for bowel cancer and has now been clear for 13 years. “What he is doing is absolutely amazing but I do think he’s a bit crazy!”

Since overcoming his illness Clive has been a regular fundraiser for Cancer Research UK securing more than £10,000 after running 12 Great North Runs and 10 marathons. He is also a volunteer campaigns ambassador for the charity.

“I’ve done quite a lot of fundraising but nothing on this scale,’’ he said.

Clive has also been a season ticket holder at Manchester United for the past 20 years and said it was great to see Franny and the tremendous support for his efforts.

“It’s so fantastic of Franny to give up his time for this level of fundraising and he’s such an inspiration,’’ said Clive. “I really hope people continue to support Franny and donate to the charity – every £5 makes a difference so I’d urge everyone to make a donation and help Franny reach his target.” 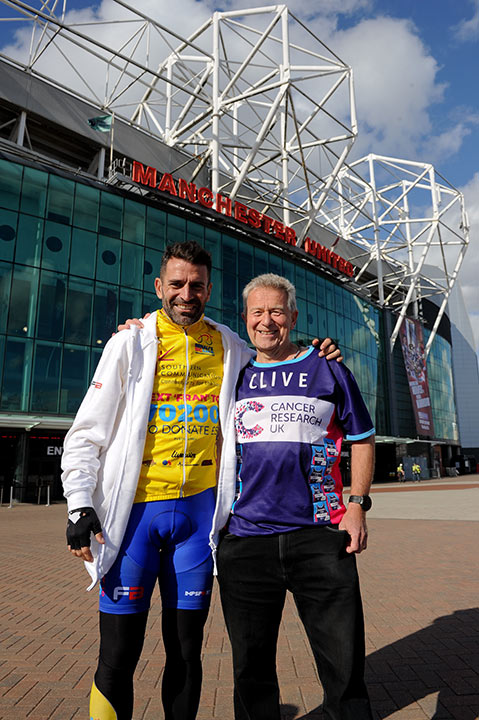